Episode 68: Circumcision and Foreskin Restoration
On tonight’s show we will be talking about the practice of circumcision and foreskin restoration. This show is a must listen for all future parents that will have to face the decision of weather or not to circumcise their new-born boys.
Sex is Fun! Is sponsored by www.GreatSexGames.com
Comment on this show at our FORUM

You can now buy seasons 1-3 on DVD. This includes all the shows and videos plus photos of the staff. Season 3 DVD includes a documentary us going to California to collect our Podcast Award and for the very first time you can get to see what Coochie looks like.

Oh and we are producing a show featuring your Sex questions. Please call 206-888-4SEX and leave us a message containing your sexual questions. We’ll play them on the show and answer them.

What is circumcision?
It is the surgical or ritualistic removal of male foreskin or prepuce. It means that they cut off the skin that would normally cover the head of the penis when flaccid.

Circumcision History:
The practice of circumcision has been for a long time and may predate biblical references. There are many differing theories of the origin of circumcision and they appear to develop from issues of hygiene, spiritual cleanliness and even political ideology.

The Jews adopted circumcision as a religious ritual and preserved this practice into modern times. The circumcision of Abraham removed only the very tip of the forskin that extended beyond the head of the penis. Moses prohibited circumcision for his 40 year walk through the desert and Joshua reinstated foreskin removal at Gilgal. Much of early biblical references of circumcision stated sacrifice of sinful human enjoyment for the sake of holiness in the afterlife.

Greeks and Romans on the other hand placed a high value on the male foreskin and even made laws to prohibiting the practice. Thus may have lead to the widespread adoption of circumcision by Christians who appear to have written much of their doctrine simply to separate themselves from their Roman enemies.

Pondus Judaeus made it popular for Jewish males to wear a bronze on their residual foreskin to stretch it back over the head of the penis. This may be the first historical reference to foreskin restoration.

Metzitah was not introduced until the Talmudic Period (aound 500 C.E.) which was responsible for the style that resembles the modern circumcision with much if not all of the foreskin removed from the penis.

Christians continued to bounce between recommending circumcision and condemning the practice apparently largely based on who they wanted to ostracize throughout the years. For instance they took a strong stance against the practice briefly in the first century in Acts 21:25 when St. Paul taught parents that they should not circumcise their children and warned Titus to beware of the “circumcision group” in Titus 1:10-16

A reform movement took place within Judaism around 1843 that declared the circumcision was unnecessary.

In 1949 a British Pediatrician named Gairdner wrote that circumcision was medically unnecessary and non-beneficial and contraindicated because of complications including accidental penis laceration leading to amputation infection and some cases death.

America waited another 20 years before addressing neonatal circumcision when the Journal of the American Medical Association published a landmark article by Dr. E. Noel Preston condemned the practice and even stated that it may lead to psychological and sexual difficulties.

All of this can be found here. http://www.cirp.org/library/history/

What do we really know about the health reasons for getting cut?
Up until a few years ago there was only minor evidence that men without foreskin were less likely to develop infections and ulcers on their that is relatively unimportant because these could be prevented by even minimalist hygienic preventative measures.

But new evidence appeared in July of 2005. A study being performed by French and South African Aids researchers showed that circumcision reduced the risk of contracting HIV by 70%
The AIDS vaccine only has a target of 30% risk reduction

What are the drawbacks of getting cut?
1. Most circumcisions happen to males under the age of 1 month. Hello? Consent?
2. It is painful
3. May reduce sensitivity and sexual pleasure
4. Drastically reduces or eliminates male lubrication
5. Increases vaginal abrasion due to increased friction from sliding
6. Difficulty achieving orgasm and requiring hard thrusting to achieve orgasm.

What can I do if I want my foreskin back?
Surgical options – Not recommended
Protect Fereneulum when not in use USE SUGICAL TAPE ONLY (canister method)
Tugging & weighting systems – Slowly stretching the foreskin back into place
Tugging takes years of commitment and it isn’t always comfortable.
Shea Butter seems to help 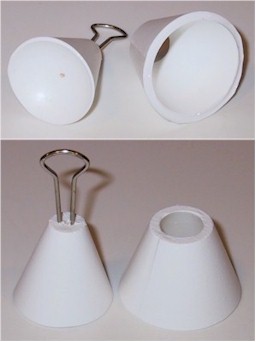